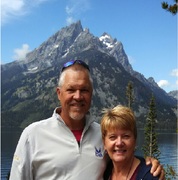 Rev. Michael Lehman (Mike) has been the Senior Pastor at Covenant United Methodist Church since June 2012. Pastor Mike and his wife, Diana, are both from NW Ohio, where they were married in 1977. They have two adult sons…Josh who lives in Grapevine, TX with his daughter, Kennedy, and Jon, who lives on Saint Simons Island, GA. Mike attended and graduated from Fort Wayne Bible College in Fort Wayne, IN before coming to and graduating from Asbury Theological Seminary in Wilmore, KY. Pastor Mike & Diana have served the Clay City & Shiloh UMC Charge in Powell County, KY (8 years); Sunny Acres UMC in Taylor Mill, KY (4 years); Christ UMC in Florence, KY (11 years); and Versailles UMC (5 years), before coming to Covenant. He is an avid golfer and baseball fan, but also a total sports enthusiast (seemingly every sport and every season); he enjoys reading, traveling with Diana, refinishing antique furniture and hanging out with people.

Rev. Mel Wilhelm has been a member of Covenant UMC (formerly LaGrange First UMC) since 1992 and has served as Associate Pastor since June 2013. He and his wife, Pat, were high school sweethearts and were married in 1970 at Oldtown United Methodist Church in Ohio. They have 2 adult children. Their son, Craig, his wife, Emily, and their 2 children, Leila and Miles, live in Easton, MD. Their daughter, Jenny, and her husband, Daniel, live in Oldham County with their 2 children, Elijah and Elizabeth.

Mel began his ministry in 2001 as Covenant's Youth Pastor, having served the previous 9 years as a volunteer with the High School and middle school youth. In 2005, Mel received his license to preach from Lindsey Wilson College and, in 2006, began his Course of Study and received an appointment to Covenant UMC by Bishop King as a Licensed Local Pastor. He completed his Course of Studies in the spring of 2019. 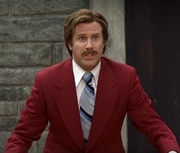 Though the townspeople there are hesitant to acknowledge it, Scott hails from the small, quaint town of Mt. Sterling, Kentucky.  His first significant musical experiences began in high school when he unsuccessfully attempted to woo female coeds with his smooth and sultry trombone playing.  These painfully misguided efforts unfortunately led to Scott being labeled a “music geek”, so it was only natural that he decided to study music after high school.

Through a series of maneuvers involving chicanery and subterfuge, Scott was able to obtain both a Bachelors Degree (Berea College, Music Ed) and a Masters Degree (Asbury Theological Seminary, Church Music).  He further defied the odds by graduating with honors, earning a Rank 1 teaching certification, and being named the Irene Ziegler Outstanding Graduate in Music Education.

Scott has been heavily involved in church music since his middle school years, when he was invited to sing in his church’s adult choir as part of a nefarious social experiment.  Because no one was forthright enough to discourage him, he has continued to be involved in worship music to this day.  Scott has served as Minister of Music at various churches, and he has successfully honed his talents in leading choral and instrumental ensembles in a variety of musical styles (though his brief dabblings in German Polka worship music were deemed to be too avant-garde for most congregants’ tastes).

When Scott isn’t teaching music at Trinity High School or serving as Minister of Music at Covenant Church, he can be found building projects in his woodshop, talking on his ham radio, tending to his chickens, or adding to his substantial collection of Victorian Era backscratchers. 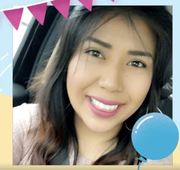 Cindy Palacios has been the Children's Pastor since October 2017. Cindy was born and raised in Los Angeles California. Growing up as a Pastor's Kid within the United Methodist Church, Cindy became familiar with ministry at a young age. With a BA in Sociology from Asbury University, Cindy felt called to seminary. She is now studying to obtain her Master's of Divinity at Asbury Seminary. She plans to become an Elder with the UMC church and hopes to one day be the pastor of  an Hispanic Congregation.  As our Children's Minister, her desire is to teach children about God and about how real and present He is in their every day lives. One thing that she makes sure to tell our Kids is that they are loved and NEVER alone.

Linda and her family have been attending Covenant since 1993, when her oldest child started preschool. Linda married her husband, Scott at St. Paul Lutheran Church in Olean, IN in 1991. They have 4 children, Zachary, Parker, Madison and Jackson, who all still live at home.

Linda has been the Nursery Director since 2003 and Preschool Director since 2009. Linda has extensive experience with the preschool. She first served as a Substitute, then worked in the classroom as an Assistant before becoming Director. Additionally, all 4 of her children attended Covenant Preschool. Her hobbies include walking and reading. She enjoys spending time with her family and visiting her family farm in Indiana.